Why Are Thermal Imaging Drones Commonly Used in Search and Rescue Missions? 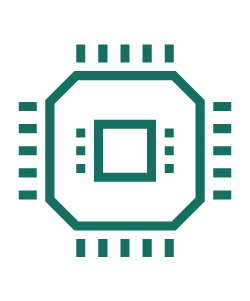 Hello! Welcome to this useful guide to electronics. If you're a bit of a beginner when it comes to this subject, you may be feeling overwhelmed by the amount of information available relating to different electronic devices. This site aims to break down all of that info into easy to understand chunks so you don't have to worry about a thing. Our team of amateur researchers have produced a lot of articles which cover everything from TVs to radios and much more. We hope that by the time you have finished reading the articles you find here you will be ready to go!

Why Are Thermal Imaging Drones Commonly Used in Search and Rescue Missions?

First of all, good-quality thermal imaging drones have great cameras that are good for detecting body heat. Therefore, when used properly, thermal imaging drones make it possible for rescuers to get a good look at the areas that they are surveying. This can make it possible for them to find people who need to be rescued, even if they are covered by trees or are otherwise hard to see with the naked eye.

Of course, when a person needs to be saved, many people are willing to spare no expense in order to make sure that the person can be found and rescued. However, the truth is that the government often has a limited budget, and the amount of money that is spent on things like search and rescue missions can affect taxpayers. Because of this, it makes sense for government agencies and others who are involved in search and rescue to look for ways to perform search and rescue missions in a more economical way. When compared to some methods, such as using helicopters, performing these missions with thermal imaging drones can save a lot of money while still helping get the desired results.

They're Safer for Rescuers

In some cases, rescuers put themselves in harm's way to try to find and save people. When possible, of course, it's best to avoid putting rescuers at unnecessary risk. Using thermal imaging drones helps with this since the drone can be sent into potentially dangerous areas first.